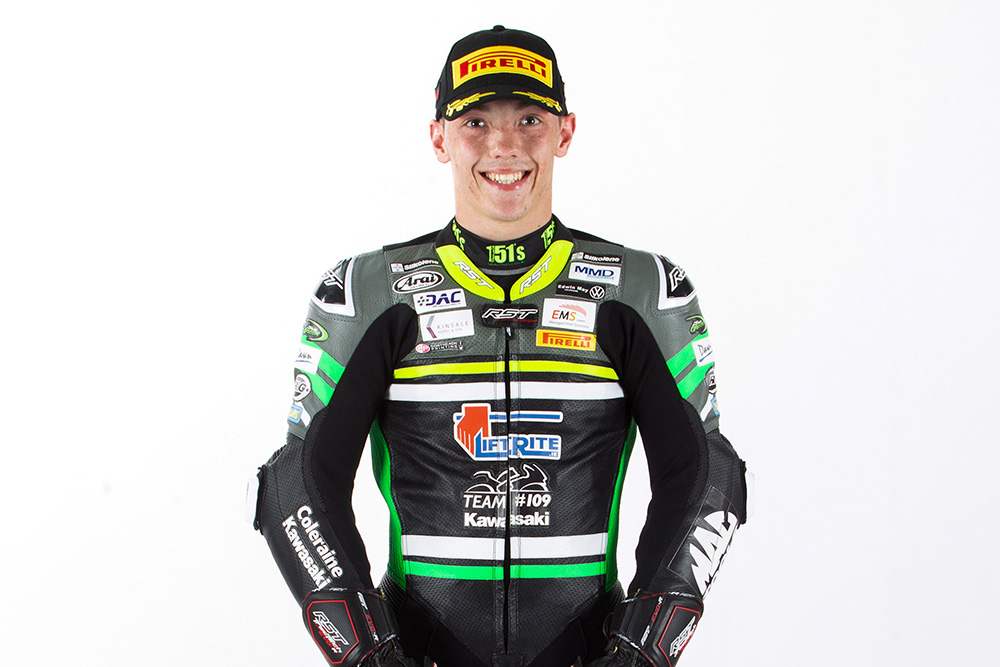 Team #109 and Eunan McGlinchey made their world championship debut this past weekend at the opening round of the 2020 World Supersport 300 championship at Jerez in Spain.

Free practice on Friday saw McGlinchey take to the Andalusian track for the very first time, and despite having never ridden the circuit before he wasn’t far off the pace setters. The Aghadowey rider finished the opening session of the weekend in twenty-third position onboard the Kawasaki Ninja 400. Later that afternoon he managed to shave almost two seconds off his time and claimed twenty-second place in the standings.

The twenty-two-year-old once again took almost two seconds off his time in free practice three on Saturday morning, continuing his strong progression. However, with the volume of entrants in the class, McGlinchey was forced to rely on scoring a top six finish in the last chance qualifying race on Saturday afternoon to earn a place on the grid for the weekends feature races.

After a solid start to the race, McGlinchey was well in contention for one of the coveted top six places, slotting into tenth in the opening number of laps. As the race reached the closing stages the former British Junior Supersport champion had made his way into the top six and was holding onto the position entering the final lap. However, a slide coming out of the penultimate corner seen Enzo De La Vega manage to slot past McGlinchey and just out-drag the Kawasaki rider to the line, taking sixth position by only two tenths of a second.

As a result, McGlinchey’s weekend was brought to a premature end. Despite the disappointment of not reaching the grid of the feature race, it was a solid showing from the team and hopes are high as they look ahead to Portimao next weekend.

Eunan McGlinchey:
“The weekend began for us essentially as a testing weekend. We set the bike up as best we could given the knowledge we had having never been here before. We spent a lot of time learning the track and learning the bike, but we knew what we had to do for the rest of free practice, and we chipped away as the weekend went on. As our times went down so did everyone else’s given how competitive a class it is, but we were feeling good and more comfortable with the set up each time we went out on track. As we headed out in the last chance race, we didn’t get the best of starts, but we were staying in the battle and we just kept the head down and managed to claw back the gap to the top six as the laps went by. As we were on the last lap, I had moved into sixth position but a few corners from the end we got passed by Enzo De La Vega, and just with the competitiveness of the class and how close the bikes are to each other we just couldn’t get back at him. I went for a move on the penultimate corner, but I had a big out of the seat moment which meant we just couldn’t get past before the line and we narrowly missed out. But we look to the positives and we took even more time off our laps in the race and we were happy with our progress from where we started to where we finished. Now we know what needs to be done for Portimao and hopefully we won’t be too far away in the early stages of the weekend, which really are so important. So, roll on next weekend and hopefully we can continue to improve and make a step further than this weekend and make it into the feature race.”

Paul Tobin – Team Manager:
“Eunan obviously had never seen the track before this weekend, so the fact that he was able to progress from doing a best time of nearly two minutes in free practice one to doing a 1:54.831 in the race shows the progress he was making. His race was incredible to be fair to him, he was one of the fastest riders on track overall and also at the end, his pace was fantastic. Unfortunately, a massive slide coming out of the penultimate corner cost him coming into the closing stages. But we are immensely proud of him, and all the team achieved this weekend. We learned a lot and can hold our heads high as we move into Portimao next weekend. We have a slight feeling of disappointment obviously not to get Eunan into the feature race, but we are extremely excited about what next weekend holds. A massive thank you to all the team members for their hard work throughout the weekend, and in the lead up to the weekend. This has obviously been a difficult time for everyone, but they all pulled together and did a great job. Also, a huge thank you as always to all of our sponsors who without this wouldn’t be possible. We cannot thank you enough, and hopefully we can do you all proud next weekend in Portugal.”