JAMES McMANUS STEPS IN FOR TEAM 109 AT ESTORIL 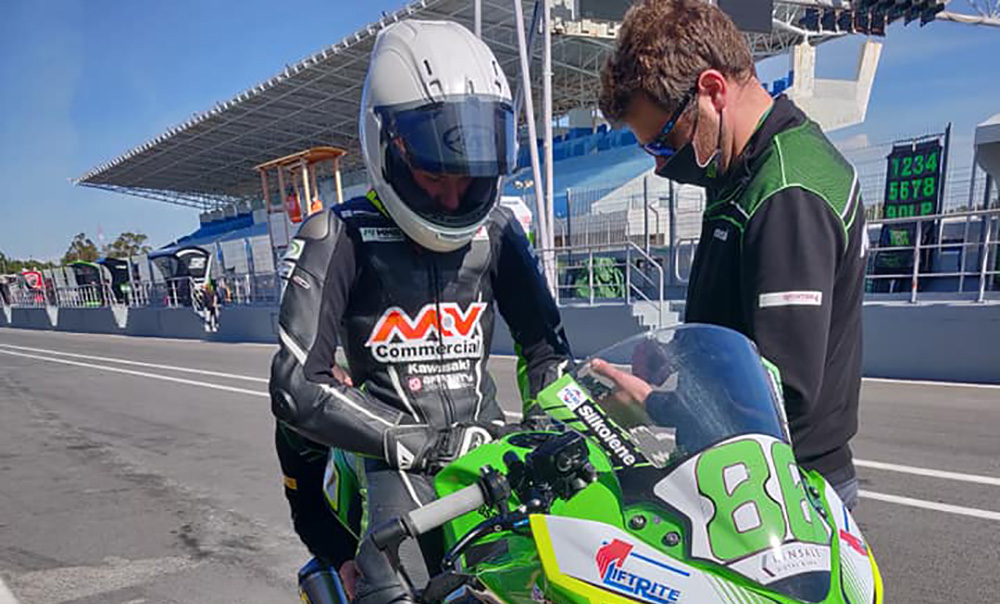 Last weekend was our final round of the 2020 World Supersport 300 Championship at the sun kissed Estoril circuit near Lisbon in Portugal. Following his crash at the previous round in France just ten days earlier, it was a race to be fit for Eunan and unfortunately after a medical he was declared unfit to race last weekend.

So, we welcomed Affinity Sports Academy Kawasaki rider James McManus back to the team. James who rode for the team in 2019 has impressed in the British Junior Supersport Championship this year, he arrived late on Thursday evening and missed the track familiarisation walk, but this didn’t faze him in FP1 as he finished the session a solid P23 in his group. James went onto to improve his time again in FP2 taking more time off as he learned the Portuguese circuit.

Saturday brought FP3 and again James chipped away at his lap time getting faster every passing lap taking even more time off which ended up being 2.5 seconds overall from FP1. He missed out on Superpole but finished an excellent 9th place in the last chance race after a battle with two riders for seventh place.

Paul Tobin – Team Manager:
“James did an incredible job all weekend, even more impressive when you consider it was a new paddock, new circuit, new tyres (slicks) for him and he took it all in his stride. I’m open to correction here but he may be the youngest ever rider from the Island of Ireland to compete in a FIM World Championship short circuit event at just 16 years old. He should be immensely proud of himself and he has a bright future ahead, one to watch for sure.”