James McManus to ride with Team 109 Racing in the 2021 FIM Supersport World Championship. 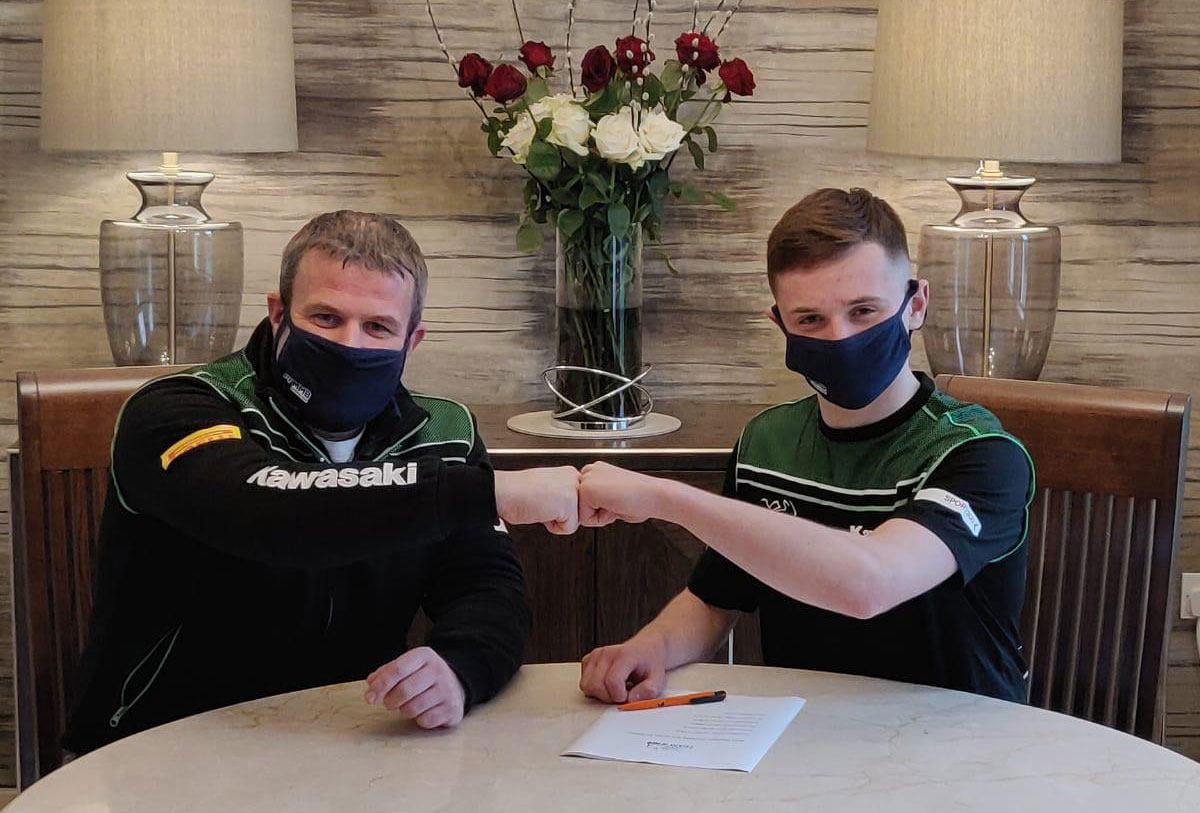 Team 109 is pleased announce that James McManus will be their rider in the 2021 FIM Supersport World Championship.

The squad, with a National title to their name, made the leap to WorldSSP300, a support series to World Superbike in 2020, and are delighted to be able to return this year with McManus – a rider they put their faith in at the end of their debut year of racing on the world stage. After impressing in the season finale at Estoril, Portugal, last season, combined with his performance in the British Junior Supersport series, that saw him achieve a best race finish of second, James was the obvious choice for Team 109 in their sophomore year.

With the new season set to begin at the iconic TT Circuit Assen in the Netherlands at the end of April, Team 109 hopes to be back on track in the coming weeks for a number of pre-season tests.

James McManus:
“I am super excited to get 2021 underway. It will be a such great experience to race full time in the World Championship as well as in the British Championship in one year. It will be tough but I’m up for the challenge. Testing pre-season and during the year will be important as it will be my first time at most of the circuits that World Superbike uses. It’s important to start off on the right foot and find a good rhythm that we can build on early. It’s such a massive opportunity and I can’t thank Team 109 for giving me it. I don’t have any real targets or expectations; I just want to enjoy it and to improve every session and get closer to the front. I have a lot to learn and I will do my best to enjoy it and let’s see where we end up.”

Paul Tobin – Team Manager:
“We are delighted to welcome James McManus to Team 109 for 2021. James filled in for our injured rider at Estoril at the end of last season. He came into the team with everything new… the track, bike, tyres, and he did a cracking job. He improved every session, and I was pleasantly surprised with his maturity, it’s hard to remember that he is only sixteen! He has been putting in a 100% in the off season to be ready and I am confident he will be in great physical and mental shape when we get to Assen for the opening round. He has a lot of riding ahead of him this year. He will ride for the Affinity Sports Academy with whom we have created a link with in BSB and it’s great to share and work with others within the sport that share the same ethos as Team 109 and vision of developing riders. The entire team is excited to work with James as part of a two-year plan. We want him to learn the tracks and we are sure that as he progresses on the world stage it will help him back in the UK. He showed us great enthusiasm when we first met last year, and it was refreshing to see. We want to thank all of our loyal sponsors who have made it possible for us to run on the world stage once again and for giving James a platform to make his full-time World Championship debut.”