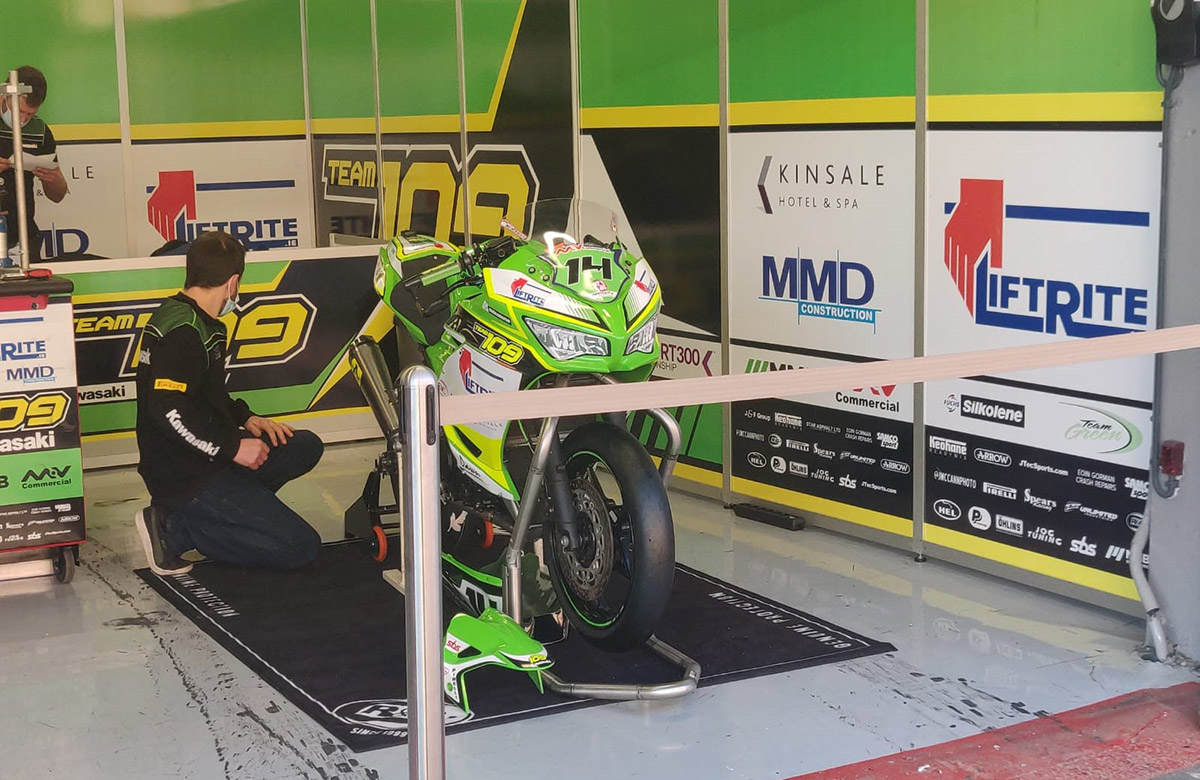 Team 109 and their rider James McManus got their 2021 FIM Supersport 300 World Championship season off to a fine start in the recent two day #CatalanTest at the Circuit de Barcelona-Catalunya in Spain, with James significantly improving his lap times throughout the four on track sessions.

James, who made his World Championship debut with the team in Portugal last year, was able to take advantage of near perfect weather as he got to grips with his new Kawasaki machine.

Spending the opening day testing various set-ups, it was Tuesday that saw the biggest improvement, where despite a small crash, the #14 able to run with several leading contenders during both the morning and afternoon session meaning both he and the team move confidently towards round one of the #WorldSSP300 season at MotorLand Aragon in May.

James McManus:
“Overall the test was pretty good. I’m happy with how things went, and the bike feels like my bike now. Tuesday started well and I was able to run pretty good times more or less straight away but with fifteen minutes to go I had a crash. The boys worked hard, and I was able to get back out in the afternoon. I struggled to get back into a consistent rhythm and I would have liked to have gone faster but we are getting there, and everyone is working hard. I really like the track and can’t wait to come back here later in the year for the race. I am feeling good about the season. I have a test at Aragon before the first race and I will keep working with the team to be as ready as I can be for the first race.”

Paul Tobin – Team Manager:
“Overall It was a good test; we are incredibly happy with James. It was his first proper day with the team on Monday and we tried many things to get him comfortable on the bike. Unfortunately, he had a small crash before lunch on Day 2, but he was able to get back out and rebuild some confidence before the end of the day. James has fit into the team well and we are looking forward to our next test at Aragon in a few days.”