Season’s best for James McManus and Team 109 at Assen 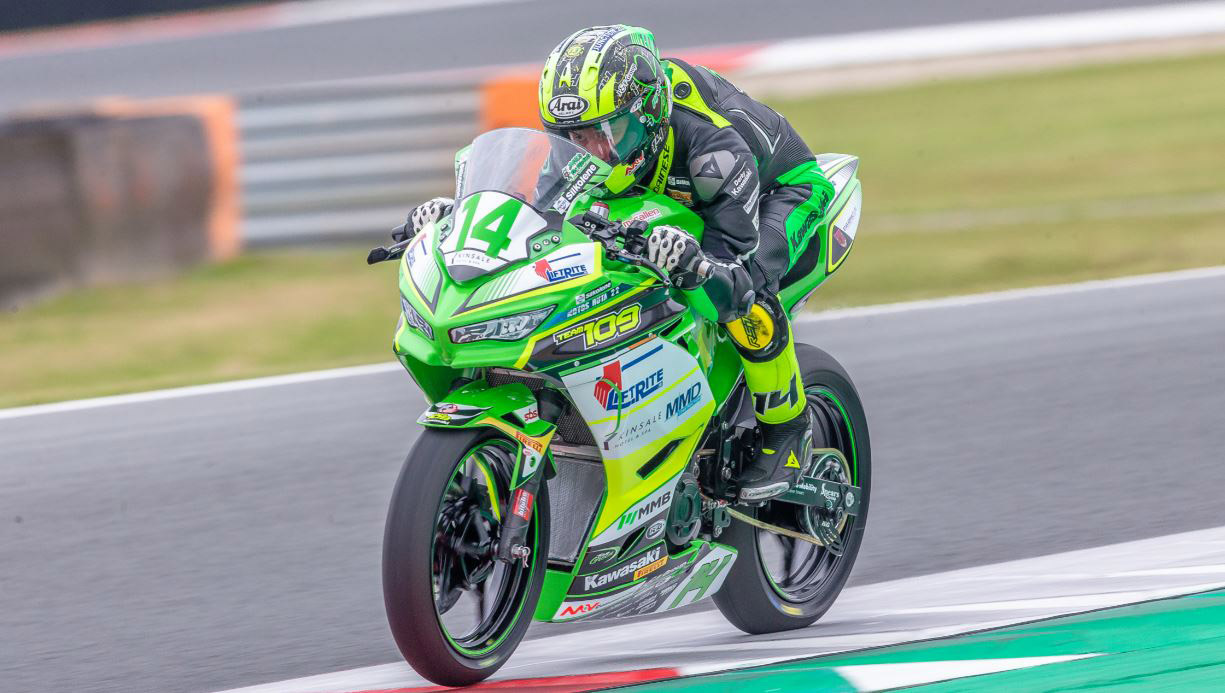 Team 109 and their rider James McManus were back in action over the past weekend in the latest round of the 2021 FIM Supersport World Championship, held at the famous TT Circuit Assen in the Netherlands. They recorded their best ever result in the series!

Another new circuit for the youngster, James spent Friday learning his way around the iconic track, improving further in Saturday morning’s grid deciding ahead of the two fourteen lap encounters.

The team continue to be impressed with their sole WorldSSP300 rider who continues to learn and adapt to racing on the world stage for the first time.

James McManus:
“I was able to improve throughout the weekend, making a big step in qualifying which gave me a lot of confidence for the races. I made a good start in Race 1 and was able to get away with the group. I kept chipping away and finished twenty-first, which is my best result of the season. We weren’t sure if it would be wet or dry for the second race, but we had a few things to try in the warm up if it remained dry. There was rain overnight and I struggled a bit in the warm up and in Race 2 I wasn’t able to find my rhythm and struggled a bit. Overall, I am happy, and I am looking forward to the next round in Most.”

Paul Tobin – Team Manager:
“It was another new track for James, so he used FP1 and FP2 learning the circuit, which is not an easy one. He did well in FP1, and we changed a few things for FP2, and he was able to improve lap by lap by the time we went into Superpole. Race 1 was a fantastic result for him and the team. He started P29 and moved up seven places on the first lap and remained consistent throughout which was really good to see. Race 2 on Sunday he started well but faded as the race went on as by his own admission, he wasn’t feeling the best. But that is all part of the learning curve that he is on, and we are happy with his progress. He has shown glimpses of what he can do, and we look forward to seeing what he can do for the rest of the season. The entire team would like to send our sincere condolences to the family, team and friends of Hugo Millan who sadly passed away in a race in Spain and our thoughts also go out to Brad Jones and his family, team and friends and wish him a speedy recovery.”