A Marvellous Magny-Cours For Team 109 And Daniel Mogeda 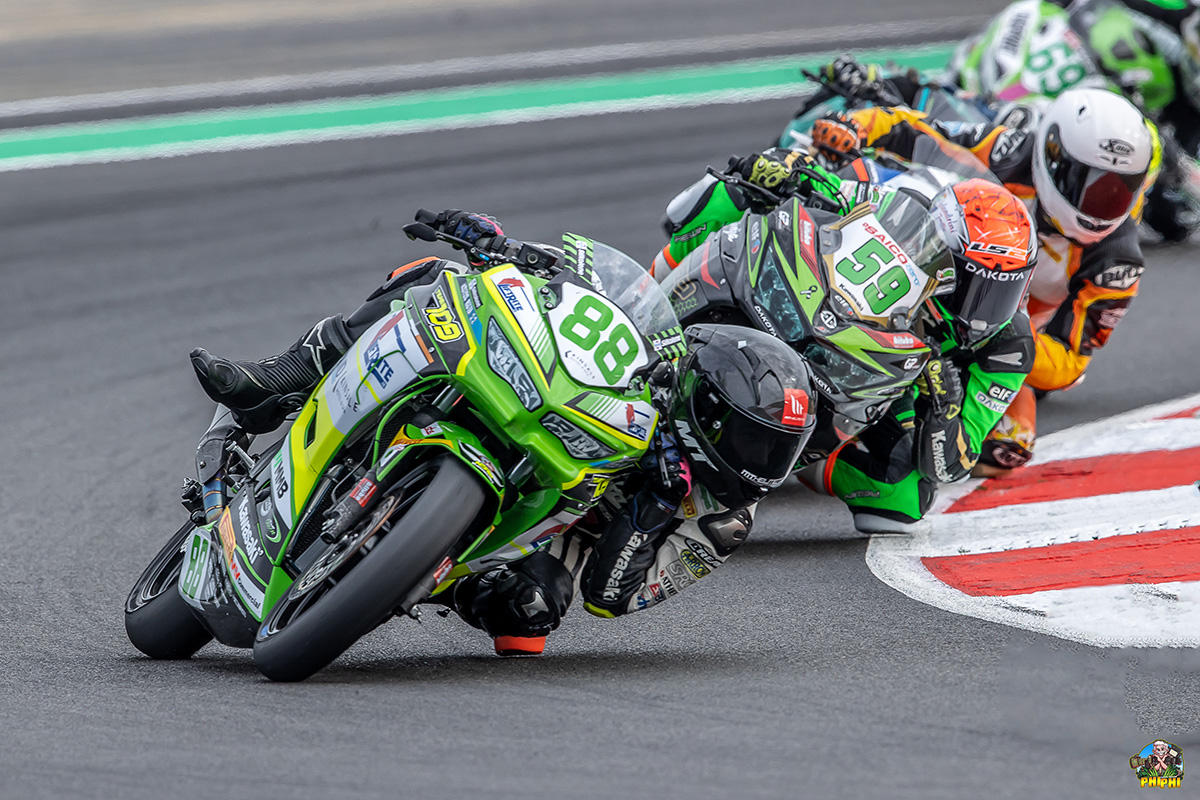 Team 109 flourished in France in the latest round of the FIM Supersport 300 World Championship thanks to their new signing Daniel Mogeda.

Arriving at the Circuit de Nevers Magny-Cours, a new circuit for the Spanish teenager, just days after agreeing terms to join the team, Mogeda delivered an impressive performance both on and off the track.

Listening to the team during the track walk on Thursday, the #88 was in the mix in both wet and dry sessions on Friday before qualifying thirteenth on the grid ahead of the two fourteen lap encounters.

Race 1 was outstanding. Mogeda rode confidently in the opening laps before producing one of the most impressive rides in the series for a ‘rookie’, battling with and overtaking many front runners to cross the line a fantastic fifth – giving the team their first World Championship points scoring finish and their first top six finish. The team also became the first fully independent Irish team to score points in a World Championship!

Race 2 saw another impressive ride with Mogeda once again part of the leading group from start to finish. He ultimately finished a more than credible P10 at the flag.

Daniel Mogeda:
“Before the Superpole the team made some changes and gave me some advice on how to improve on what I had managed on Friday. I rode faster in qualifying and started P13 on the grid. I knew that I could go fast and in the race I pushed. It was an amazing race. I was able to fight with the leading riders and finished P5, not so far from the podium. On Sunday I had some pain when I woke up in my right arm. I took it steady to test the feeling in the Warm Up and found that I was struggling a little on the right hand turns. The team did a great job to help me. It was a hard race, but I was able to finish tenth. I am so happy and so proud to be part of Team 109 and I cannot wait to race with them again in Montmelo. Thank you for trusting me, guys!”

Paul Tobin – Team 109:
“It was a fantastic weekend for Team 109 in France. For Daniel to come into a new team, ride a new bike and to race on a new track is not easy and he exceeded our expectations. FP1 was wet but gave him the chance to learn the track. FP2 was dry and he finished P7 which was an incredible result. He can clearly learn circuits fast. P13 on the grid didn’t show his true pace but we had a good feeling before the first race on Saturday. To come from thirteenth on the grid and finish P5 is an amazing result and we can’t thank him enough for taking us to the front in WorldSSP300 in our second season of racing in the class. He had a little pain on Sunday morning after being hit by another rider during race one but was able to race. He rode slightly hampered through no fault of his own to finish P10 – another superb result. I want to thank all our sponsors for getting us to this point. We got to Catalunya in Spain which is Daniel’s home race next, and we are excited to see what we can achieve together there!”