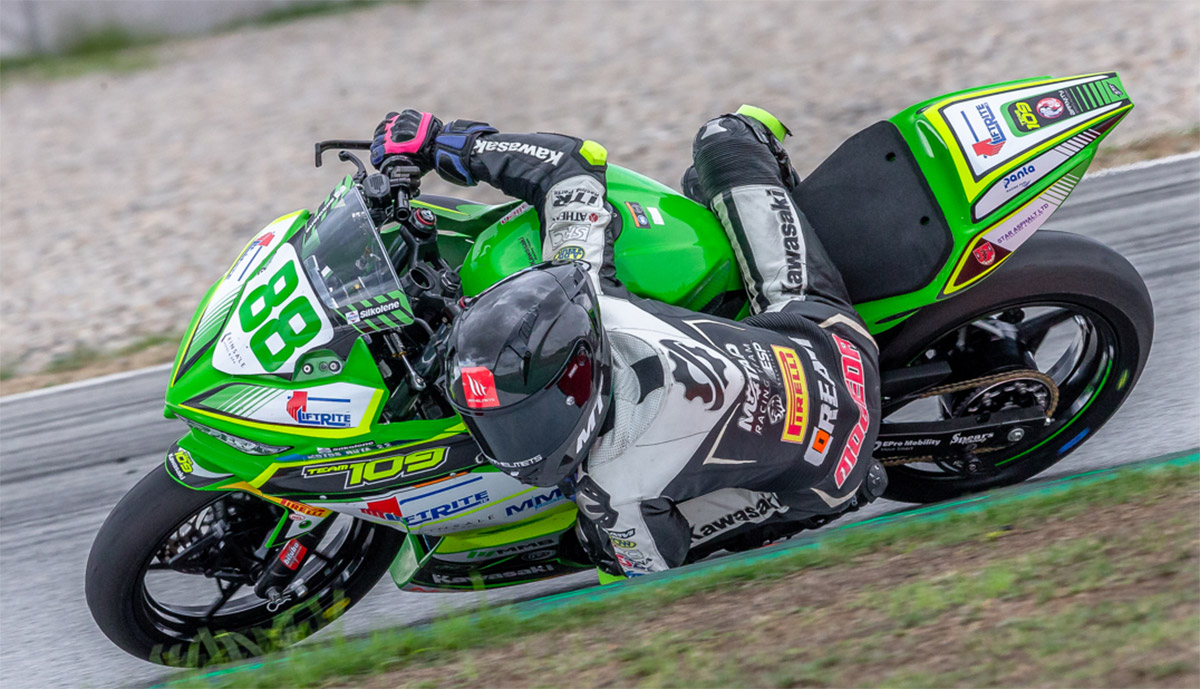 A double eleventh place finish was the reward for Daniel Mogeda’s efforts in the latest round of the 2021 FIM Supersport 300 World Championship at the Circuit de Barcelona-Catalunya this past weekend.

After the young Spaniard’s superb debut with Team 109 at the previous round in France, in which the #88 caught the attention of many onlookers, the objective was clear – continue to work from FP1 to be in the best possible position come lights out. And that’s exactly what happened.

Qualifying on row four of the grid didn’t reflect Daniel’s pace and in both races the Spanish teenager was able to demonstrate his speed and race craft once again as he worked his way to the front, leading the huge gaggle of riders fighting at the head of the pack.

Ultimately, he finished P11 in both races, but can be proud of the work done as the series moves to its penultimate round at Jerez this coming weekend.

Daniel Mogeda:
“Saturday I qualified on row, but I had a problem trying to find a clear lap. The group around me held me back but I was determined to show my speed in the race. I finished eleventh but I was able to lead my home race and it was a nice fight. In race two on Sunday, I also finished eleventh. It was a good result, and I was always in the first group for the whole race. I am a rookie and taking a lot of experience. The team did a great job. They work in a really good way and so hard and I am so happy to ride with them.”

Paul Tobin:
“Daniel once again did a fantastic job all weekend. He didn’t get the perfect lap in Superpole, but we knew he had the pace and proved it. For him to lead was superb. He learned a lot and he carried that into Sunday’s race where once again he remained in the lead group throughout. We are delighted with his performance both on and off track and we look forward to the second of the triple header races in Jerez this weekend.”