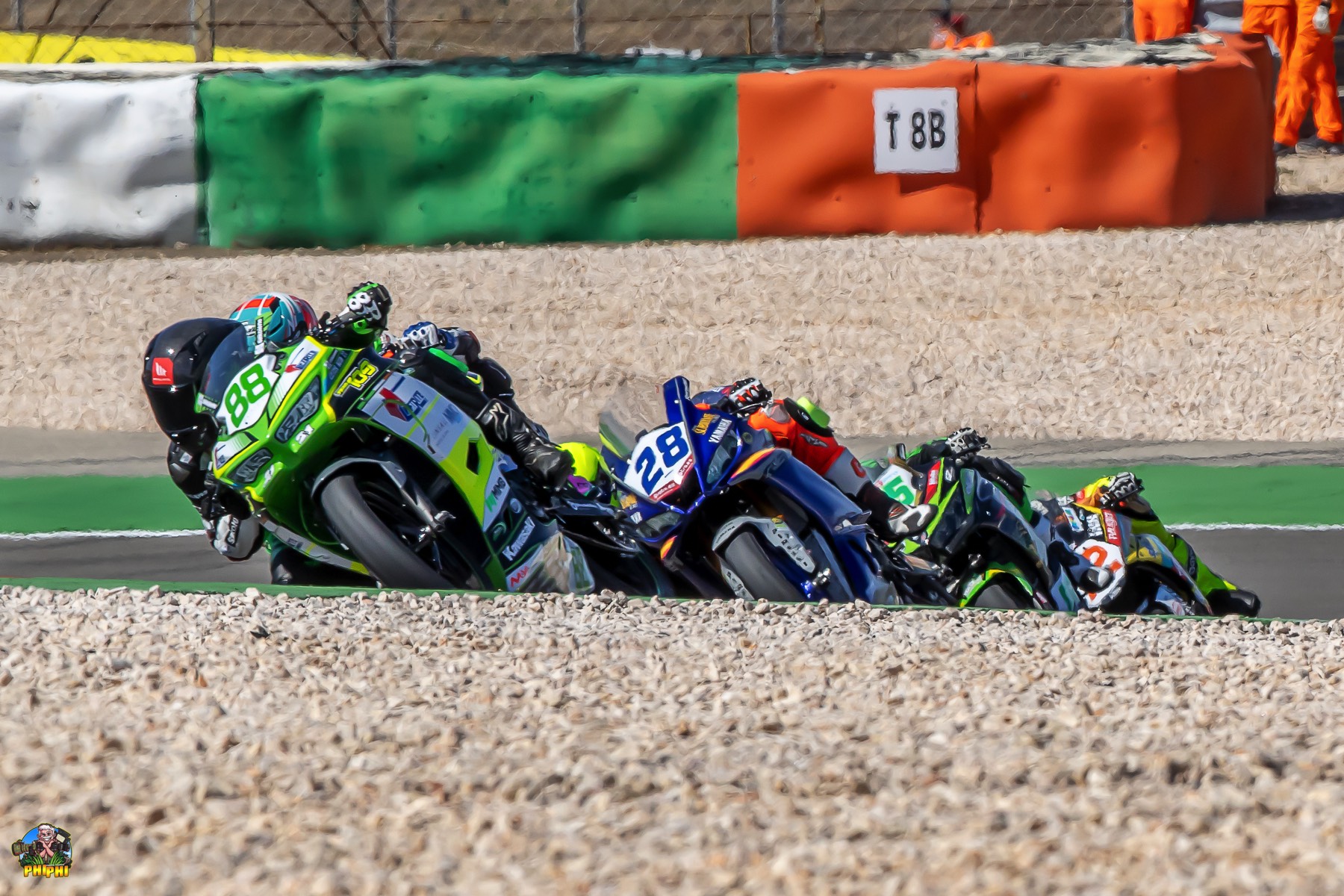 Team 109 have ended their sophomore season in the FIM Supersport 300 World Championship with several point scoring finishes, and with a rider who has not only shown his own potential but that of the team. Daniel Mogeda, was drafted into the team mid-season with immediate success.

The latest round of the series at the Portimao Circuit in Portugal was a new venue for the Spanish youngster who despite showing early weekend promise was ruled out of the event on medical grounds on Sunday following a Superpole crash that meant he was unable to race in the final race of the season.

Despite ending the year on the sidelines, the team are happy with what they have accomplished in 2021 and look forward to racing at the sharp end within the WorldSBK paddock in 2022!

Daniel Mogeda:
“Portimao was so difficult for me. It was a new track and after the crash in Jerez I was not at my best, but I wanted to ride. I did my best on Friday and was able to learn the track quite quickly. In qualifying I made a good first lap but then I crashed. The medical centre said I could ride but my physical condition was not great. We then had a problem with the clutch which meant I had to stop. I tried to ride in the rain in warm-up, but I was told by the medical team said I was unable to ride. I want to thank Team 109 for giving me this amazing opportunity to end the year with them. I enjoyed being with them a lot and I think we showed together what we can do!”

Paul Tobin:
“Daniel came into the weekend with a broken toe following his crash in Jerez and so wasn’t fully fit. It was his first time at the track which meant FP1 and FP2 were all about learning where he was going. He unfortunately went down in Superpole and then we had a technical issue in Race 1. He arrived at the circuit early on Sunday but after a further medical evaluation was ruled unfit. It was an unfortunate end to the season, but it is what it is. I would like to thank everyone who supports us. We have had an exceptionally good end to 2021. We scored points and even led a world championship race for the first time. We are looking forward to 2022.”