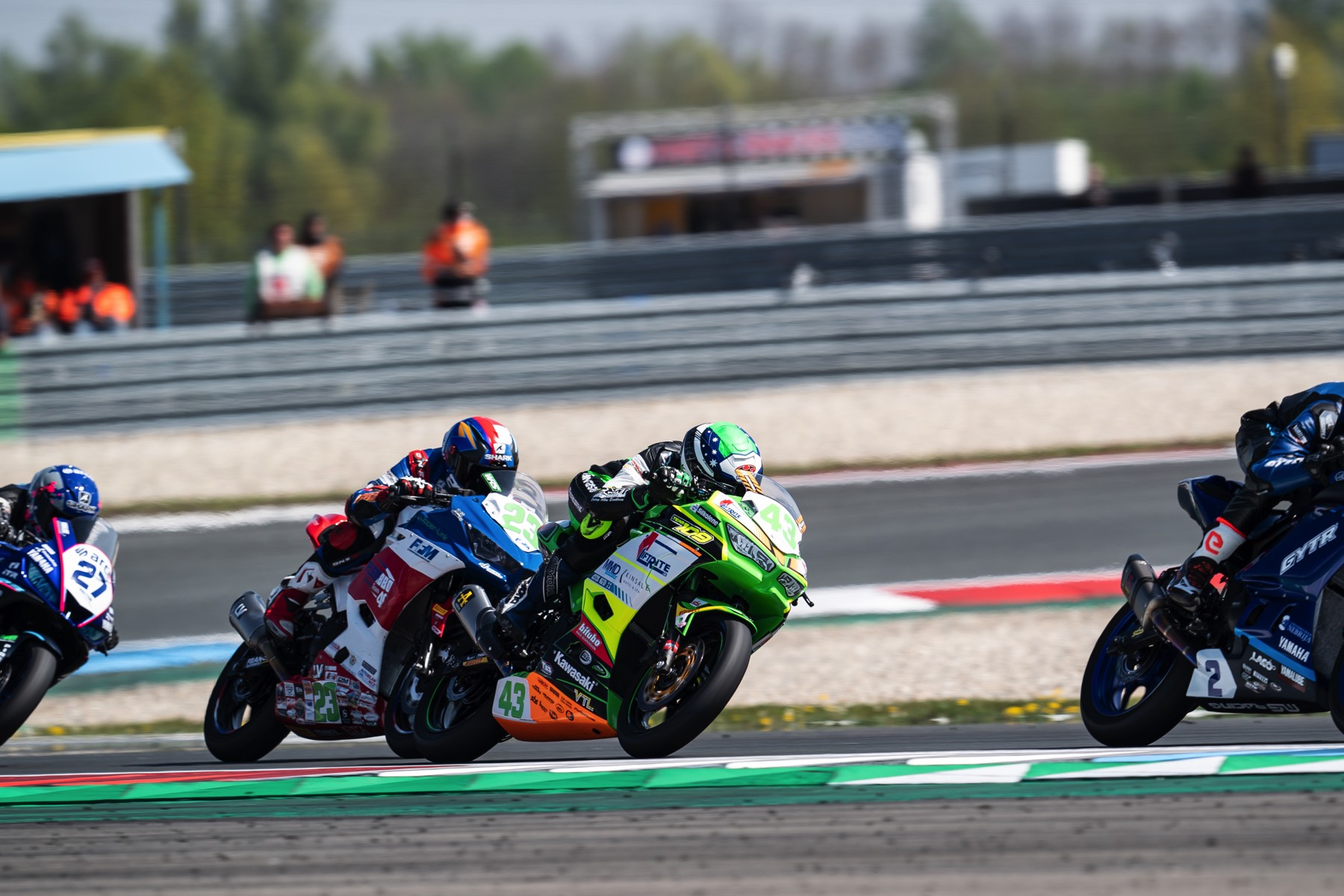 Team 109 have scored their first World Championship points of the 2022 season thanks to a spirited ride by Aussie Harry Khouri in Saturday’s opening fourteen lap race at the TT Circuit Assen in the Netherlands, one of the most iconic circuits on the calendar.

On the other side of the garage, Daniel Mogeda showed his ability to learn a new circuit quickly, improving throughout the weekend to bring his #88 machine home inside the top twenty in both races.

The team is pleased with the work ethic being shown by both riders in what is one of the most competitive racing series in the world and moves on to Round 3 of the series in Portugal in three weeks confident of further steps closer to the front.

Harry Khouri:
“There has been a positive step forward for me and the team at Assen and it was great to score our first points of the season in the first race. Unfortunately, we weren’t lucky in race two with a high side on the curbs at turn one, which put us out of the race. We have some small things to improve on for Estoril, but the team and I are heading in the right direction. We have the first little break of the season now, so it is time to recover and get fit for Estoril.”

Daniel Mogeda:
“I did my best in qualifying, but the group was all together, and I couldn’t get a clear lap. In the first race I passed many riders in the opening laps and finished just outside of the points. We made some changes before the second race, and I was inside the top ten but in the second race I was very motivated, but I was so far back on the grid after qualifying and the group I was with kept holding me back. There was nothing I could do and even though I did my best I was not able to make it into the points. The team did a great job and has given me a lot of confidence and so I am looking forward to Estoril because we can be very strong. The mistake this weekend was me and I am sorry for that.”

Paul Tobin – Team Manager:
“Harry qualified in fifteenth which we were incredibly happy with. He then went on to score our first World Championship points together which was great to see. Daniel was racing at Assen for the first time and it’s not an easy circuit. He kept working but unfortunately got swamped in the second group which meant he was not able to move as far forward as he could have. Overall, we had a few difficulties but both riders continue to work well, and we move on to Estoril confident of further improvements.”