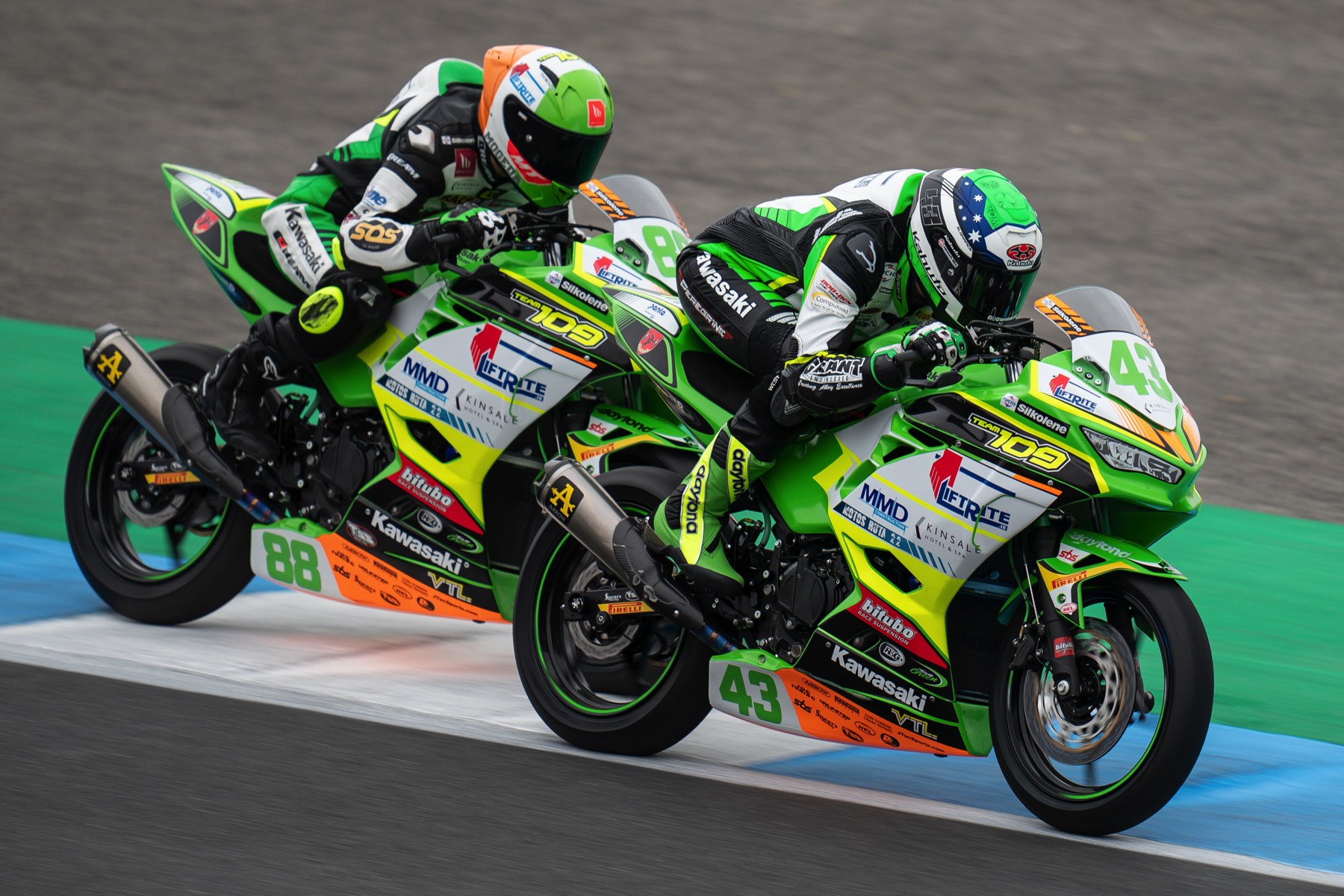 It was an up and down weekend in the latest round of the FIM Supersport 300 championship, who left the Estoril circuit pointless but with huge strides made in terms of rider confidence and pace.

Running strongly on Friday Harry Khouri gave the team signs of what could be, as did Daniel Mogeda – the pair improving throughout Friday’s opening two free practice sessions.

Qualifying is always tricky and unfortunately were unable to maximise their true potential. Come race time however both riders dig deep and gave their all with Daniel bringing home the team’s best result in P17 with Harry sadly retiring from both races.

Daniel Mogeda:
“I made a bad start in Race 1 but finally I was able to catch the front group. I finished P17 and close to the points and I was quite happy considering everything. I made another bad start in Race 2, and I had a problem with the vision from my helmet. I finished the race, but it wasn’t perfect. We improved some things on the bike which in Misano and we will come back stronger there.”

Harry Khouri:
“After being so fast on Friday it’s a shame that we leave Estoril empty handed. I am pleased with the steps we made and confident of a good showing in Misano.”

Paul Tobin – Team Manager:
“The weekend once again showed their speed in practice but in Superpole the lads didn’t get the clean lap that they needed. This is something we need to work on. Daniel did a good job in Race 1 and was very much the Daniel we know. Harry unfortunately had to retire on lap ten. Race 2 was also positive. Harry made a great start but was unfortunately hit by another rider and had to retire through no fault of his own. Daniel couldn’t replicate the number of passes from Saturday, but he once again showed his speed. Misano will be another new track for him, but we are confident that both riders can be at the sharp end.”