Double Top 20 And Double DNF For Team 109 In Italy 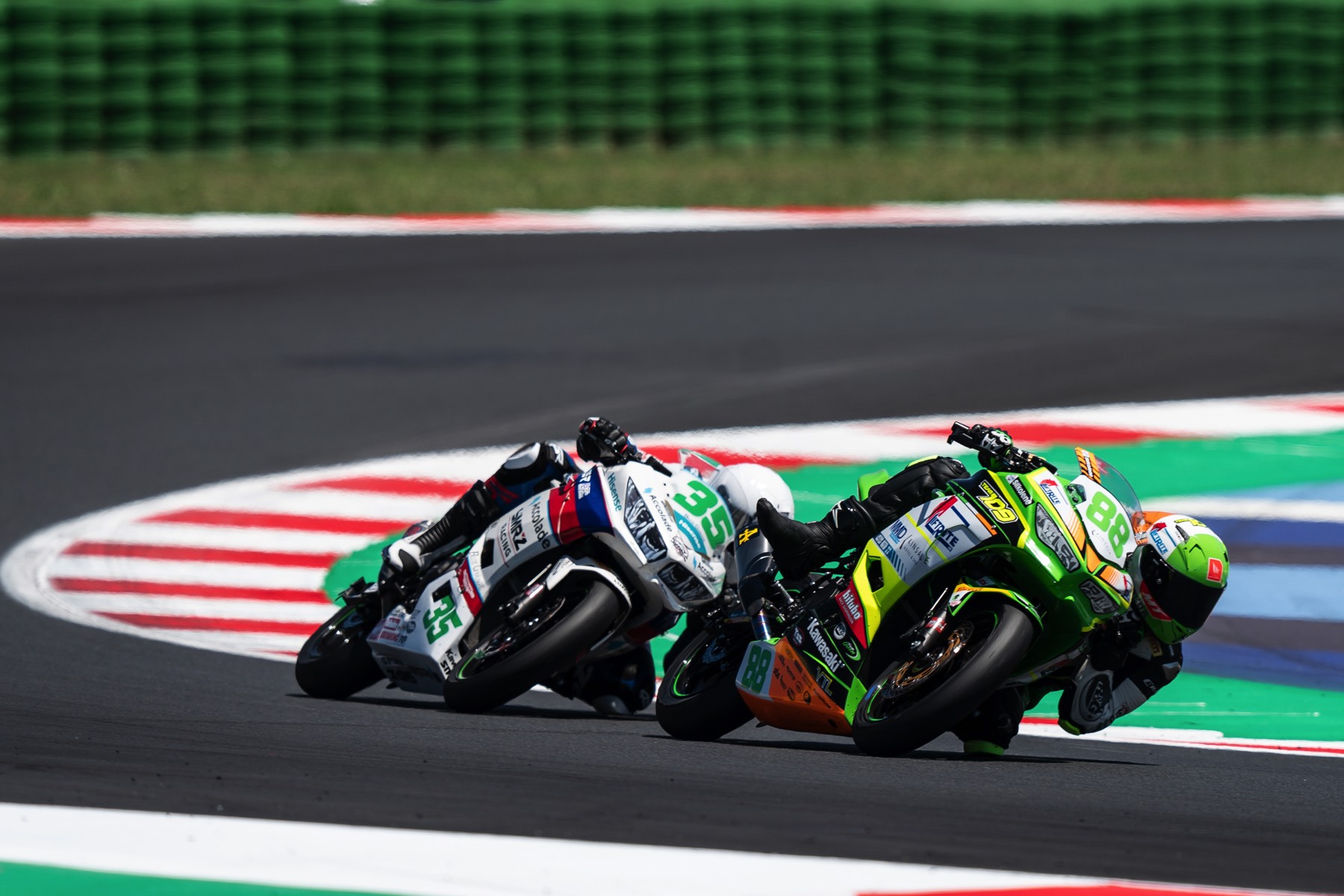 Daniel Mogeda and Harry Khouri were back in action for Team 109 in the latest round of the 2022 FIM Supersport 300 World Championship at the weekend – the Misano World Circuit Marco Simoncelli the venue for round four of the series.

Both riders showed potential on the opening day, which began with mixed conditions at the 2.4-mile Italian venue before a difficult qualifying session on Saturday morning saw the pair further back on the grid than anticipated.

Lights out on Saturday, and both riders got their elbows out. Harry unfortunately crashing out with Daniel bringing his #88 Kawasaki home in twentieth. It was a case of Deja-vu on Sunday with Daniel once again taking the flag in P20, whilst Harry slid out contention for the second day running.

Despite the failure to score WorldSSP300 points in Italy, the team is optimistic of what can be achieved in the second half of the season which begins at the Most Autodrom in the Czech Republic at the end of July.

Harry Khouri:
“It was a real shame to have three crashes this weekend and even more disappointing to crash out of both races – especially after such a strong Friday. I made a mistake pushing to make up places in race one on Saturday and crashed after running off the kerb. I felt good again on Sunday but again I made a mistake and lost the front after two riders crashed in front of me. I apologise to the team after feeling so good, but we will continue to work hard and focus on qualifying because this is the area that is affecting us each weekend.”

Daniel Mogeda:
“It was a difficult weekend at another new track for me. We continued to make changes and on Sunday I felt much better. I want to thank the entire Team 109 for giving me a good bike and I want to say that these results were on me. We have to stay concentrated on the next races and I will work hard to improve during the break. The next race is in Most and I am looking forward to racing there.”

Paul Tobin – Team Principal.
“On reflection we had a strong start to the weekend with Harry. He felt good on the bike and showed real pace. Unfortunately, in Superpole – which is such a lottery – he was left in no mans land and unable to get the necessary tow that would have put him in the top fifteen which was the target. He was progressing nicely in race one on Saturday but ran off the kerb and went down. Race 2 he made another good start and made solid progress until he crashed trying to avoid two other riders. It’s another race where luck hasn’t been on his side, but we are happy with how he is working with the team and the results will come. Misano was at another new circuit, but he once again learned which way the track went quickly and showed promise on Friday. He too was left deep in the pack after the Superpole session but like Harry made solid progress through the weekend. We haven’t seen his true potential this year, but we are confident that he can find his mojo and come back fighting in the second half of the season.