Confidence High Within Team 109 After Czech Round Success 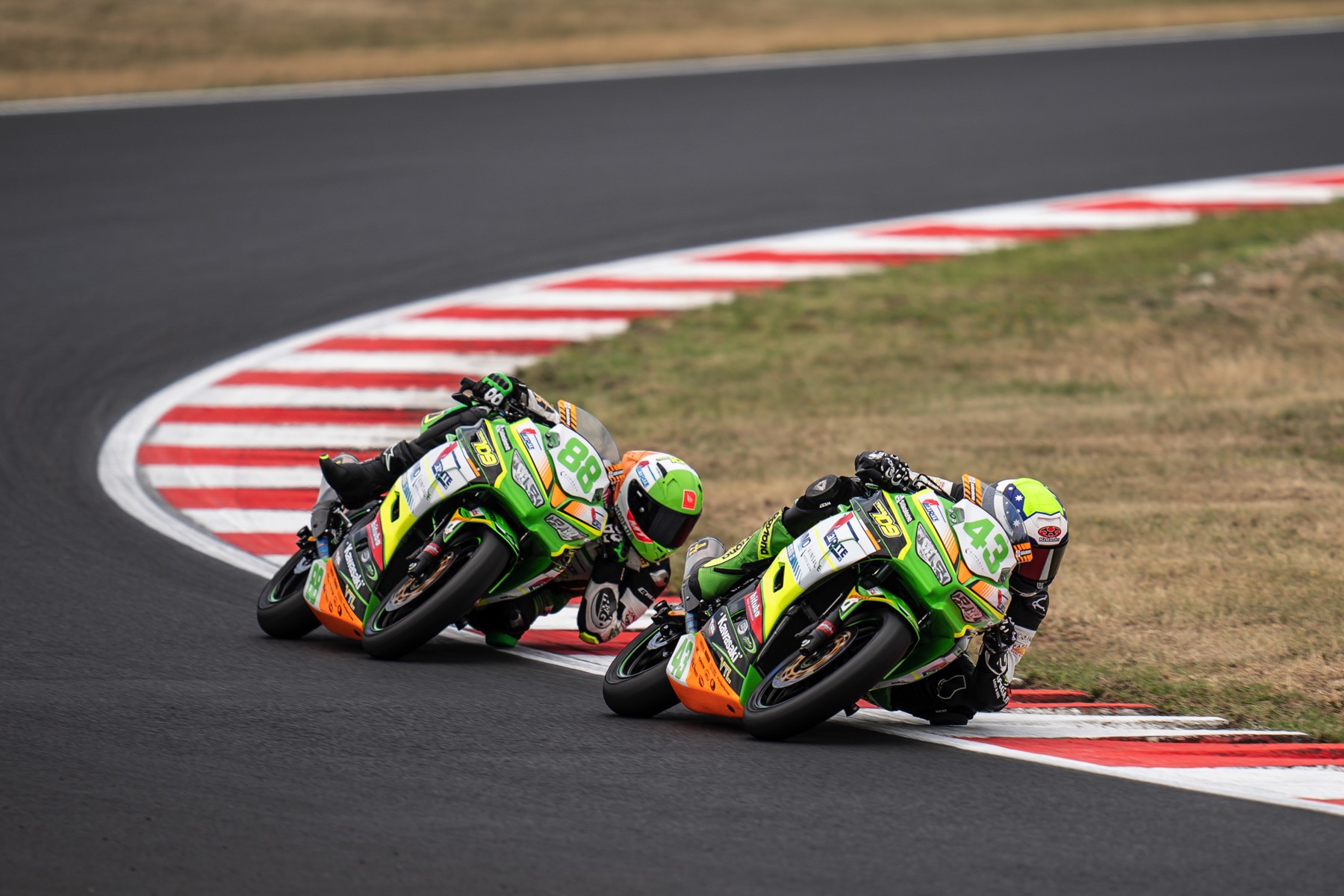 The latest round of the FIM Supersport World Championship in the Czech Republic saw both Team 109 riders, Daniel Mogeda and Harry Khouri race to their career best results – giving the team points aplenty ahead of the summer break.

Fast throughout the weekend both riders had a solid Friday before Khouri shone in Superpole – setting a stunning lap that saw him qualify fourth. Mogeda would line up eighteenth

A rain shower ahead of Race 1 saw a frenzy of activity on the grid. Tyre choice would be critical after the race was declared ‘wet’ and both riders opted for slick tyres, a decision that would prove to be the right one at the flag. From lights out both riders were locked in a multi- rider fight for the podium, with Mogeda ultimately crossing the line fourth with Harry seventh.

Sunday’s race was restarted after an opening lap crash and run over the reduced distance of nine laps. Sadly, Harry’s race ended in the early stages of the restart as he was taken out, not for the first time this season by another rider. Daniel once again was involved in multi rider fight, claiming three points for a thirteenth place finish at the flag.

Daniel Mogeda:
“Saturday was a really good day. It was difficult with the changing conditions but in qualifying I was able to finish P18 after a small mistake. In the race we decided to use slick tyres and it was a great call. I made a lot of places in the early laps and also had some good overtakes. In the end I was able to finish P4, so close to the podium. I want to dedicate this result to the entire team. They are the best team and have helped me so much and always believed in me. I have had some tough times and I want to thank everyone that has continued to support me. Sunday was a little more difficult. I had good feelings after the warm up but I had to start from P18 again. It was a little crazy. We had a red flag and then we had a short restart. I tried to stay calm and did my best but could only finish thirteenth. I wanted more but we have to take the points and look ahead to France.”

Harry Khouri:
“Overall it was a good weekend although we are still struggling with some things on the bike. That said we were able to put in a really good lap in Superpole which took a lot of pressure off for before the races. In Race 1 I was close to the podium and finished in seventh. I am happy but obviously a bit disappointed as I could see the podium just ahead. Sunday was another case of being victim to a rider that doesn’t think. The race is many laps, not one or two. Anyway, I am ok, we had a positive result on Saturday and as a team, Daniel and I achieved our best results.”

Paul Tobin – Team Principal:
“It was a positive round for us. In Superpole which was mixed we achieved two decent qualifying positions, with Harry especially doing an excellent job in fourth and Daniel in P18. Both riders rode superbly on Saturday to give us our best ever result in World Championship racing and our first double top eight as a team at this level. We knew that Sunday would be a bit tougher, but we were not expecting that Harry would once again fall victim to someone else’s mistake. These things happen but the main thing is that he is ok. Daniel managed P13 which was another solid result, and we move ahead confident to the next round in France.”