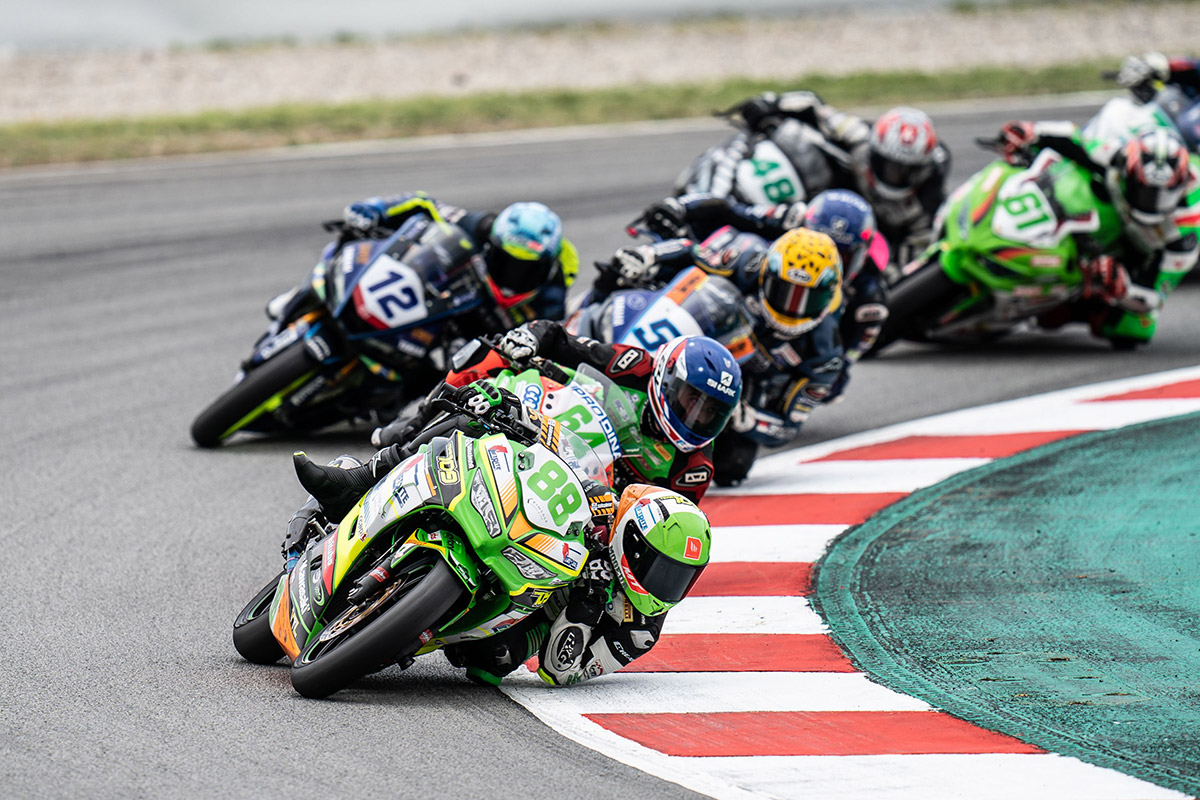 Team 109 head to the final round of the 2022 FIM Supersport 300 World Championship in Portugal in two weeks with another point in their pocket thanks to Daniel Mogeda’s fifteenth place finish in Race 2 at the Circuit de Barcelona – Catalunya on Sunday.

The Spanish teenager, who led Saturday’s opening encounter, and who was in the running for a maiden podium until the final lap – when he was taken out by another rider, was once again at the sharp end throughout the weekend and can be proud of the performances he put in.

On the other side of the garage Australian Harry Khouri also put in two solid performances. He too crashed on Saturday but bounced back to just miss a top twenty finish on Sunday.

Off track both riders attended the WorldSBK Paddock Show SuperShow on Saturday afternoon whilst on Friday the entire team took to the stage to launch the next phase of the Irish Talent Team powered by 109.

Daniel Mogeda:
“Sunday was another difficult day, but I am happy with the weekend. In Race 2 I started with a lot of passion and was running second but then my tyre dropped, and I finished fifteenth. We took another point and showed that we can run consistently in the top ten and I am confident we can be at the front in Portimão. A big thank you to the whole team and to the fans, there were so many there.”

Harry Khouri:
“It was another frustrating weekend, but I rode as hard as I could and that is the most important thing. As a team we worked hard to improve things and I am looking forward to the final round of the season in Portimao where I am confident, we can end the year in a good way. It was fun to be on the Paddock Show meeting the fans.”

Paul Tobin – Team Manager:
“It was a positive weekend for us even if the results didn’t show it. Daniel led Race 1 and Harry was making good progress but unfortunately Daniel was taken out on the last lap. It was a bitter pill to swallow but sometimes that’s racing. Harry did a great job, but he also fell off after moving into the top twenty. We dusted ourselves down and went again on Sunday. We scored a point with Daniel and P24 for Harry. It’s not the results we deserved but we will push hard in Portugal to end the year on a high.” 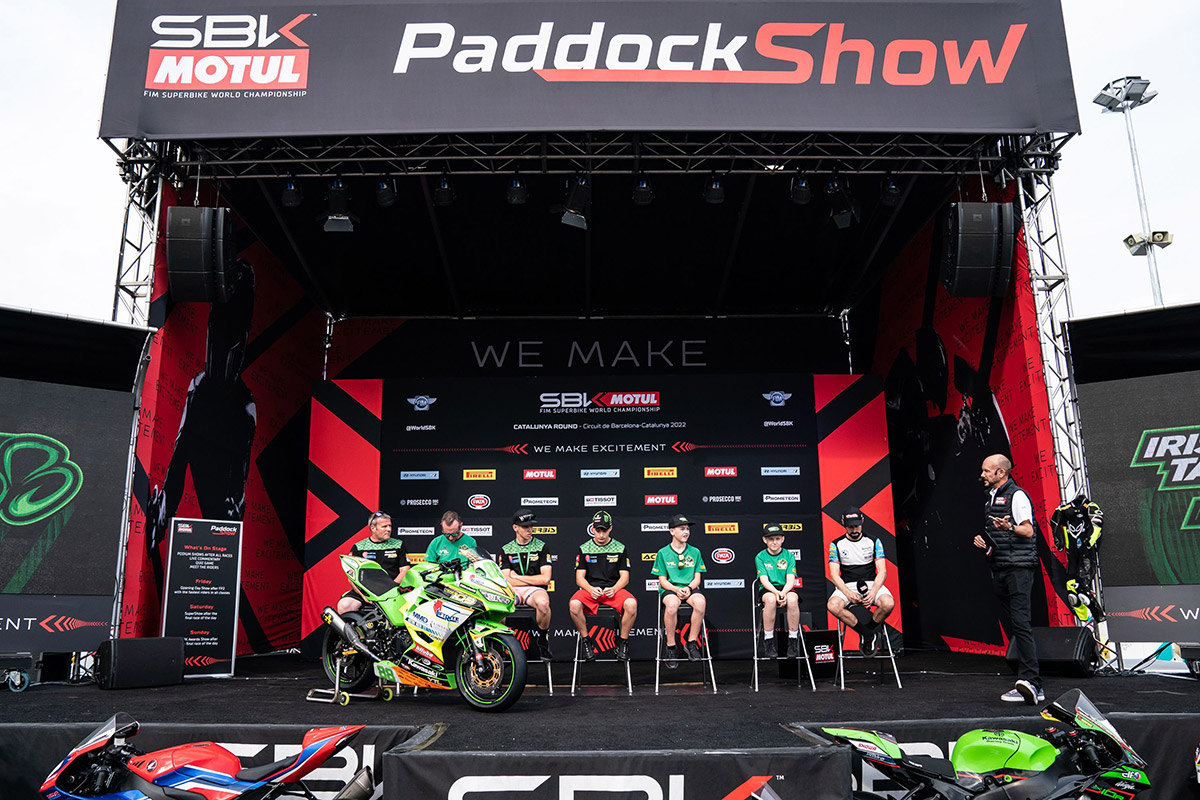