Juan Pablo Uriostegui signs with Team 109 for the 2023 season 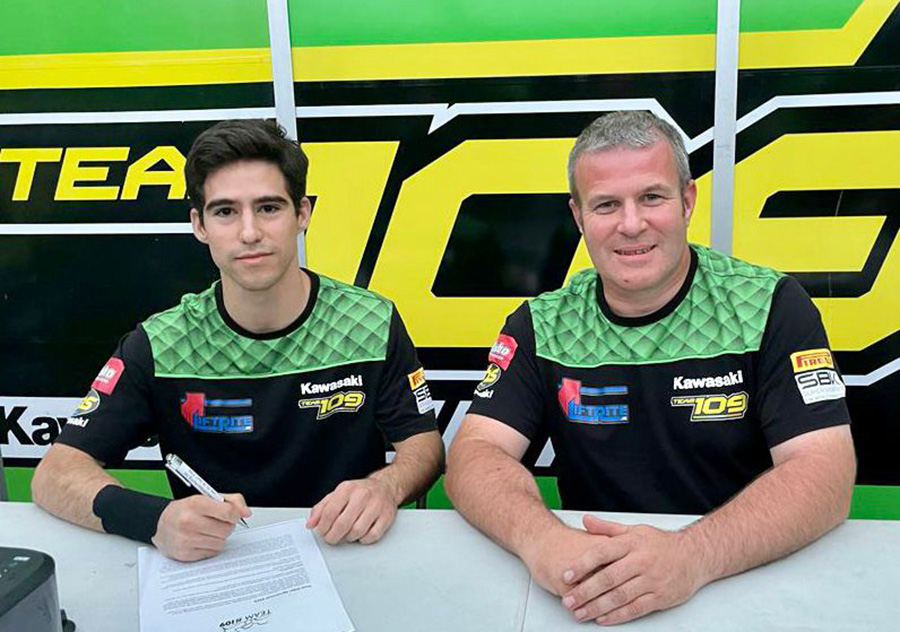 Team 109 is pleased to announce the signing of Mexican Juan Pablo Uriostegui for the 2023 FIM Supersport 300 World Championship.

Uriostegui, who finished eighth overall in the 2022 ESBK SBK Junior championship (which runs to the same rules as WorldSSP), will make history by becoming the first Mexican to race in the Supersport 300 World Championship!

The twenty-two year old achieved two podium finishes this season in the highly competitive ESBK series, second at both Estoril and Barcelona. He never placed outside of the top nine in the races he finished.

Juan Pablo Uriostegui:
“I am incredibly happy to join Team 109 in the Supersport 300 World championship, representing Mexico for the first time, as an official rider for the 2023 season. I am looking forward to starting work with my new team and giving it my all on the track. I want to say a big thanks to Team 109 for this fantastic opportunity, to Gaman racing for their support for this season and to the Motap racing team.”

Paul Tobin – Team Principal:
“We are delighted to sign Juan Pablo for 2023. He is the first Mexican rider to race full time in the series and this is a big honour for us. He rode in the Spanish championship last year and impressed with a couple of podiums, despite having never ridden any of the circuits. I went to watch him in Jerez for the ESBK final round and he did a very solid job and is clearly a talented rider. We cannot wait to get started.”

Team 109 will announce their second rider in due course.